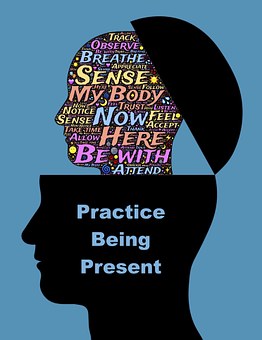 When I first noticed a glitch in the space time continuum, I was in Jr High school. I went to class early one morning. No one was there yet so I sat on the steps outside the classroom. I waited for what seemed like 5 minutes before going in.

The teacher stood over her desk, packing books into her bag.

“‘Bout time you showed up.” She said. I thought she was joking because I was obviously still too early as no one else was there.

I felt the room spin. By the look on the teacher’s face I began to suspect that the reason no one was in the classroom was because everyone had gone home for the day.

Somehow an entire day had passed by and I had no idea where I had spent it. As far as I knew I was only waiting on the steps for five minutes. If I had been there the whole day someone would have said something. I must have gone somewhere, but I didn’t know where. That time was just gone.

I thought it was odd, but really I didn’t give the missing time that much thought. I didn’t think it was any big deal; I thought it probably happened to everyone. It was normal for me. It made me feel stupid, but it wasn’t so unusual.

Inconsistencies got more dramatic as I got older. For example, I ran away from a foster home once, disappearing in a cloud of road dust and woke up a month later in the top bunk of a camper in Albuquerque. I couldn’t figure out where I was or who I was so I just faded into the black of my mind space and didn’t reappear until somehow I was in my hometown again a year or some time later.

Right before I went into therapy I was in the hospital, recovering from severe depression. I was almost catatonic I guess, because I remember not being able to move.

A nurse put a radio beside my bed and even though the sounds from it didn’t make sense, the vibrations drew me toward it. After a time I was able to reach out and touch it.

I kept my hand on the radio for hours as if linked to a life line. After a day or so I was able to get up with assistance and go into the day room. I remember trying to make sense of the “moving noise”on the screen of the television but it didn’t mean anything to me and unlike the radio and music, the TV noise was uncomfortable.

Let’s fast forward to the year 1990, past many of the most painful, more disturbing years and talk about the good work accomplished with Elaine Prendergast Paulson, from NJ, whom I continue to learn from to this day. She is a treasure, a wealth of information, experience, and wisdom.

One of the most valuable practices she taught me was how to be present in my body with all of my senses. She used a technique of mind/body awareness called Focusing that was developed by Eugene T. Gendlin. With that modality and Metta meditation, she literally helped me learn to make sense of the astonishing array of experiences that had been nothing more than chaos in my life.

I am only beginning to learn what this body/brain can do, what any of us can do. There are experiences that have made me think we don’t have as tight a hold on reality, or at least as objective a hold as we think we do.

For example, I have been in two places at one time. (This is not a unique ability by any means, but since I am the only one I have the right the speak for I will go ahead use myself as the example here.

I was sitting in the cafeteria having lunch with a friend and I didn’t feel fully present. You know how it is when you just feel like you are not all there?
So my lunch companion, Wendy, being the metaphysically playful type, asked, “Well, where are you?”
I looked around with a sort of  inner vision and realized I could see and make “eye contact” (in this other dimension) with people in a place I would later learn was a street in Belize. This will be important later.

I was able to describe, in detail, a street I had never seen nor heard of before.

Later that night, I told my boyfriend about having lunch with Wendy and then told him  I’d had dream the night before.

Sorry to the powers that be for the little lie; it was to protect him. I was worried he’d think it was just to weird to have the information about the street I saw and the way the sun and breeze felt on my skin if I told him I had experienced it while simultaneously sitting with Wendy in the hospital dining room over a plate of Sloppy Joe’s and green beans.

Years later I stumbled into the world of quantum physics and began a brief, but passionate affair with a formula known as Fourier Transforms.

Let me show you a little picture I carry in my wallet.

Handsome, right? How could I resist? I had the idea that this beautiful formula could explain how a person can slip from one mental state to another, and how one can jump with ease over great wrinkles of time (Madeline l’Engle would be thrilled.) I thought they might also explain how I could have been in two places at once and how I could miss an entire day of school and think that I’d been waiting 5 minutes outside the classroom. I thought FT might unlock the mystery of where I went when I wasn’t where I thought I was or where I was when I thought.

I didn’t have a background in math or science. There was no way I could prove or even form the questions necessary to find out if mind states, especially as related to time and space were using a type of Fourier Transform Mechanism to perform their (seemingly) magic feats, so I just “let myself be curious” as one of my doctors used to invite me to do.

Then I stumbled upon a YouTube video that describes the FT’s as a smoothie in a blender. Apparently, the FT take the ingredients of the smoothie, shall we say, separate each one so that we can see exactly what is in the mix and then whirl it all back together again.

THAT is it, I thought. Now we are getting close. There is something in the brain, in our mind/body system that works like that. I don’t know what it is, but if we could figure it out there is no telling what fun we might have!

There is exciting research being done today that makes me curiouser and curiouser about time and space and the nature of objective reality, about trauma and neuroplasticity of the brain and that makes me wonder if we are really as limited as we think we are to the skin that holds us in.

I intend to find out.